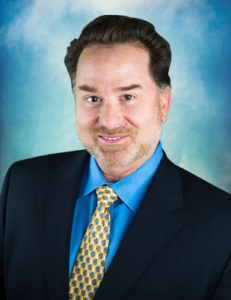 Fear and frustration – ‘typical’ first thoughts when you’re facing hip or knee replacement for the first time. It’s natural to guess the ‘typical’ outcome might be months of pain, rehabilitation and disappointment –natural anxiety that accompanies the anticipation of any major operation.

But guess again. Hip and knee replacements are anything but typical when it comes to the approach of Dr. Douglas J. Roger, orthopedic surgeon at Desert Regional Medical Center in Palm Springs, California. A pioneer of Direct Superior Approach minimally invasive hip replacement surgery, Dr. Roger is a nationally renowned industry leader in one of the most successful procedures that has renewed the lives of thousands over his peer-distinguished 20-year career.

Part of a select group of hip-replacement surgeons actively engaged in the most innovative research activity, Dr. Roger is actively involved in the development of surgical protocol for the Direct Superior Approach. In fact, Dr. Roger is one of three prominent Orthopedic Surgeons in the nation who is actively involved in the development of this surgical hip protocol, which will ultimately be for worldwide use.

Traditionally, hip surgeons cut important muscles and tendons around the hip, which was necessary to see the hip joint and perform the hip replacement surgery. This lead to a great deal of pain and the need for extensive physical therapy after surgery. Because patients were afraid of the pain, they were apprehensive about moving their hips in post-operative physical therapy, and this slowed down the recovery. In addition, when important muscles were cut, recovery took a long time while healing took place.

What Dr. Roger does is drastically different.

With his Direct Superior Approach minimally invasive approach to hip surgery, Dr. Roger makes a small 3- to 4-inch incision, without cutting important muscles, tendons and ligaments, so patients can recover faster. The recovery time is shorter, which enables patients to move as quickly as possible and return to daily activities.

The speed of recovery has another benefit.

The short recovery time makes the surgery accessible for more patients, who might not be able to take three months off work. Many people who would benefit from hip or knee replacement surgery never get the operation and instead live with the pain and reduced function.

Our hip replacement patients have a rapid recovery. They do not have any hip precautions during the recovery period, such as bending more than 90 degrees, which used to be part of the postoperative program using older, more traditional surgical techniques. Using the newer techniques developed by Dr. Roger, these restrictions are no longer necessary, so patients can get back to the normal activities much more quickly. Many of Dr. Roger’s patients are back to golfing, yoga and other activities within two to three weeks.

Similarly, our knee-replacement patients have no functional restrictions post-surgery. The only advice is to do the stretching exercises as instructed by a physical therapist so that the knee does not get stiff, and not to “over do” it. Dr. Roger instructs his patients to do whatever they want to do, but not to do “too much too soon.” For instance, walking is done immediately after the surgery. Nearly every patient can walk the length of a football field within 24 hours after the surgery. When it comes to hiking or playing golf, if after a few weeks if you feel good — go for it.

Our rehabilitation protocol is geared toward getting our patients back on their feet as quickly as possible following surgery. This process begins in the pre-operative period, and continues through the surgical operation. We follow specific rehabilitation techniques, which are used by our physical therapists and nurses in the Joint Spine Pavilion at Desert Regional Medical Center.